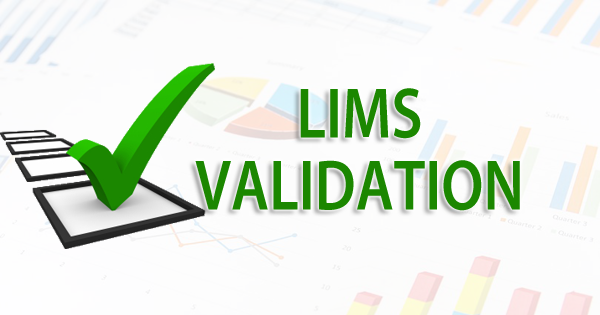 Many companies purchasing a LIMS in a regulated industry realize Computer System Validation (CSV, or, hereafter, “validation”) will be a major consideration. But many are so consumed with requirements gathering, vendor selection, and negotiation they sometimes set aside, if not overlook, the looming validation issues awaiting them.

Of course, large scientific enterprises, long-accustomed to validating systems, apportion a significant part of their project budget to LIMS validation, perhaps ranging between 20% to 35%. The amount allocated depends on basically two things: experience and risk assumption.

When is LIMS validation required?

Simply stated, many products intended for therapeutic use or diagnoses for which LIMS are used to determine product quality are in the target range. Pharmaceuticals, biologics, anything having to do with blood and blood components, human tissues and cells, and infant formulas are fair game.

While LIMS validation is commonly believed to be a United States FDA-mandated practice, it is sometimes not understood that countries outside of the United States, hoping to market products within the U.S. are also required to validate their systems. In fact, there is an informal cooperation between the U.S. FDA and its Chinese counterpart, the Chinese FDA (or, CFDA) to ensure system conformance.

So what is validation?

It is a prescribed set of software documentation and testing requirements that must be followed to ensure quality computer systems operate as they are intended.

Interestingly, the FDA states the requirements, but they don’t necessarily prescribe an exact procedure or level of detail to be able to pass their system audits. Companies may need to establish their own approach. If they do it right, they pass, if not, the FDA will let them know.

There are many aspects to a LIMS validation. Just as in system selection and planning, detailed system requirements are critical because companies are expected to demonstrate the requirements they initially documented have carried through to system design and operation. This is a simplistic yet accurate explanation of the process at the highest level.

IQ is typically provided (or augmented) by the vendor. The IQ basically verifies the product was installed as it was intended. OQ verifies that the system performs as expected in the user environment. Many LIMS vendors sell “validation packages” which usually consist of template scripts for OQ work. In many cases, these are well worth the money as they can save hundreds of hours of writing. PQ involves rigorous testing of the system with prescribed scripts, and meticulous documentation of the results of each and every test.

A few last words about validation. First, we have not delved into the field of medical devices mentioned above. There are additional requirements for these, not the least of which is a 510(k) technical dossier. Furthermore, companies who are coming from electronic systems or previous LIMS that wish to “import data” from the legacy systems should know that interfaces that push data into systems affecting product quality are themselves required to be validated.

Last, there are a great many validation experts who live and breathe LIMS validation. They are easy to find and may save a company a lot of money in the end. After all, failing an audit causes all sorts of actions to kick into gear, and they cost time, money, and perhaps, reputation.

10 Signs You Should Invest in a LIMS